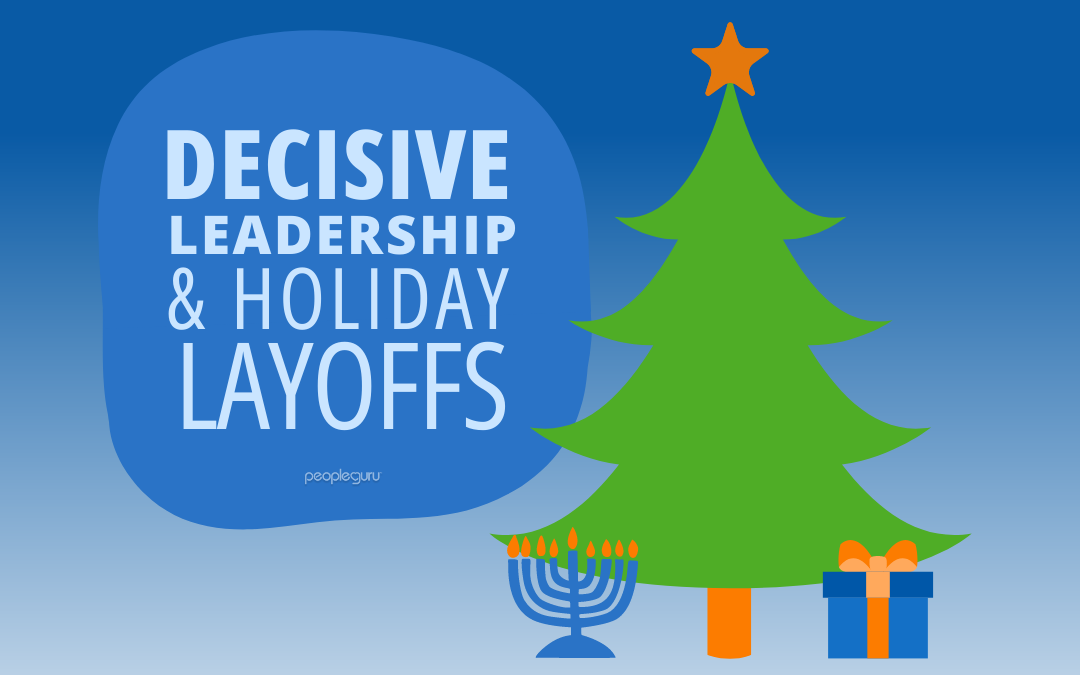 Unpopular opinion: delaying the inevitable is only doing a disservice to yourself, your talent acquisition, your former employees and entire staff.

What does the NFL have in common with tech companies?

No, this isn’t a trick question…and the answer might be surprising.

Professional sport teams are run like any other business. For all the NFL fans, you’re probably familiar with offseason roster cuts. Last year, the NFL transitioned toward a three-phase roster cut system. The concept is to begin with extra players and, after assessing their performance, make three rounds of necessary cuts. This allows each team to enter the new season with only their most talented and hardworking athletes.

On the other hand, tech companies never have an offseason, which makes it challenging to find the right time to terminate employees. But there usually is no good time to let staff members go. Whether the reason is budget cuts or low performance, firing people is one of the hardest things a leader is tasked with doing.

In years past, the norm has been to hold off on recruitment and termination activities until the new year. Recently, leading tech companies like Apple, Amazon, and Meta have made thousands of holiday layoffs. Naturally these massive layoffs are making headlines and causing concern.

Perhaps that should be the new standard.

“I don’t want to leave anyone without a paycheck so close to the holidays!”

“Can’t I just wait until after New Year’s?”

These thoughts may come to mind. But remember that decisive leadership has to make tough calls, even during the most wonderful time of year. Unpopular opinion: in the long run, it is actually better to make holiday layoffs than wait until Q1. Why? Because delaying the inevitable can adversely impact your employees… and your business.

If you’re not convinced to follow in the footsteps of the NFL or tech giants like Meta, here are a few more reasons to take the pragmatic approach and make holiday cuts before the new year.

Hiring trends may actually indicate that it is wiser to make holiday layoffs sooner rather than later.

Take Senior Sales Executive, Joe, for instance. Joe is a husband and father of three young children. The last thing that Human Resources wants to do is deliver really bad news this time of year. So, after discussing it with management, HR decides to postpone Joe’s termination until the second week of the new year. Statistically, early January and February are the best months to get hired, after all, so this may seem reasonable at face value. However, the company has actually done themselves, and Joe, a disservice.

According to Indeed career advisors, the job applicant pool is often produced by late January, and in February, the recruitment pipeline is saturated with candidates who’ve already begun interviews. The company learns this the hard way. They have trouble finding qualified applicants to fill this vacancy and it takes months to find a suitable candidate. Their former employee, Joe, also struggles to find a suitable new position for himself. He is left unemployed for months. To make matters worse, all the good-paying vacancies in the industry were filled back in Q1, resulting in Joe having to settle for a lesser-paying position.

Moral of the story? Termination prior to the holidays will enable Talent Acquisition teams to proactively prepare for the upcoming recruitment cycle. It also affords your former employee the opportunity to get a head start on their job search.

Not unlike professional sports, it is often better for the team and the player to make roster cuts before the deadline. Taking this approach in business allows your former player to find their place on a new team before it’s too late.

Waiting for the new year to terminate employees opposed to holiday layoffs may be the popular choice, but it is not the financially-responsible decision.

At Brian’s software company, there are a couple low-performing employees who will soon have their employment terminated. Brian is reluctant to deliver the bad news so close to the holidays, so he talks to HR and decides to wait until January to let them know. What Brian has failed to realize is that their funds could have been much better allocated.

HR already set the budget for January before Brian decided to postpone his employees’ termination. As a result, staying under their January budget is nearly impossible. Recruiting new talent can get very expensive — to the tune of $4,000 per new hire on average. Of course, this depends on how efficiently those funds are used, whether you’ve hired an internal recruiter, and of course this figure ranges by industry.

Needless to say, Brian could have taken a more pragmatic approach. Had he preserved those funds and reallocated them to talent acquisition efforts, he would have cut expenditures and given HR a bigger budget to make the most of the upcoming recruitment cycle.

Moral of the story? As a company leader, you have a fiduciary responsibility to the business. Remember that firm leaders prioritize this duty.

Professional sports teams operate similarly. They set budgets and salary caps before the (fiscal) year ends in order to utilize resources as effectively as possible. Successful tech leaders do the same.

Layoffs and terminations can be perhaps the worst part of talent management, and holiday layoffs are even tougher. But in the end, there is no “good time” to fire someone. Perhaps ripping off the bandage is what’s best for everyone involved.

This blog post is written by Caroline Pope and may not be copied or republished without PeopleGuru‘s express written consent.